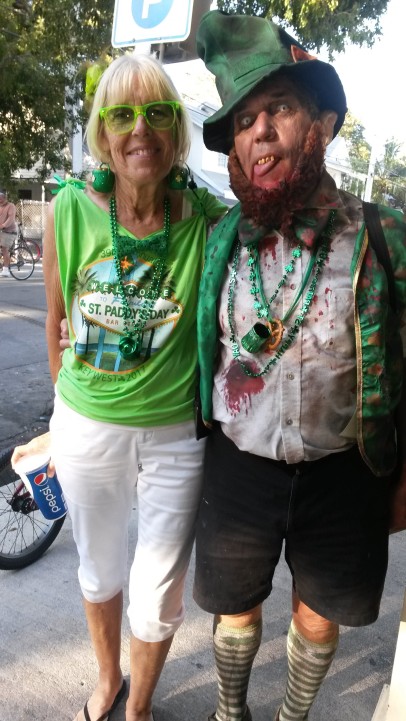 Not only were the marinas full because of the rough seas but also because it was St Patrick’s day weekend.  Unbeknownst to us, St Patrick’s is a week long affair.  People were wearing their Irish pride every day we were there.  Chapter Two day was actually St Patrick’s Day.  I had woken up a little crusty but none too worse for the wear.  The night before we had learned how rich in history and fascinating of a place Key West is.  We gathered tons of information on museums, tours, etc.  We decided that we would each pick our favorite thing and the other would go along without complaint.  John picked a tour on Coast Guard Cutter Ingham and I picked the Butterfly and Nature Conservatory.  Boats, butterflies and birds.   Nothing like a little variety in our lives. 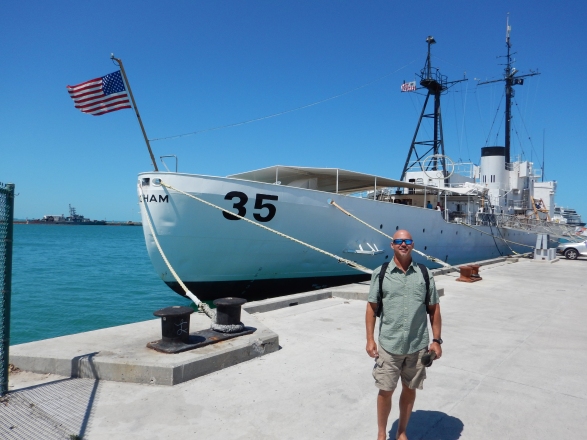 We have a love and appreciation for the Coast Guard and those that serve.  What they do on a day to day basis is extraordinary.  All boaters monitor VHF channel 16 when at sea.  This is the station the Coast Guard monitors as well.  It is a hailing and emergency only channel.  I should write a blog post on the stories we have heard play out during our time on the water.  They helped boaters through seizures, heart attacks, accidents, boat fires, groundings, and engine failures in storms.  They put out requests to other boaters to watch for missing boats and the people in them.   What the Coast Guard has done in history is remarkable.  CGC Ingham is the most decorated vessel in the Coast Guard fleet.   She served with distinction in WWII.  She sank a German submarine, saved two hundred fifty (out of one thousand) U.S. soldiers who’s ship was sunk, and protected vital supply ships going to Britain.  She served in Viet Nam and was also the last active warship with a U-boat kill.  I found it interesting that during war times the Coast Guard is controlled by the Navy.  The living and working conditions for these soldiers was eye opening.  This is a very short summary of an incredible history.  Check out this website to learn more:  http://www.uscgcingham.org/ 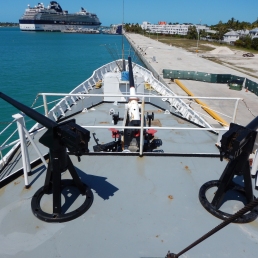 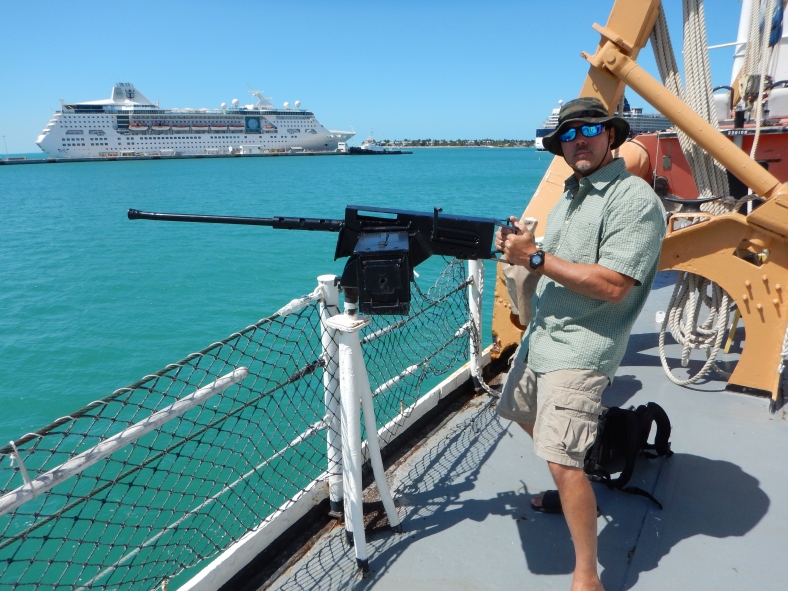 Next, we wove our way through stumbling green people to the Butterfly and Nature Conservatory.

I will try and control myself because butterflies are amazing.  That curly thing you see on the top of Betty Butterfly’s head? 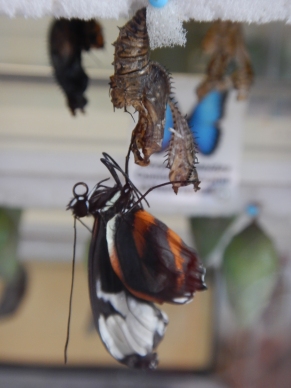 That is her tongue.  She unrolls it to eat.   It becomes a long straw that she sticks into flowers to suck out the nectar.

Butterflies taste with their feet.

Some butterflies travel two thousand miles one way to winter and then return the following spring.

There are over 24,000 species of butterflies.

Flamingos get their color from the food they eat, shrimp, plankton, algae and crustaceans.

Flamingos are monogamous and lay one egg a year.  This handsome guy, whom I called Floyd, was courting his love, Florence.  He made the loudest, craziest, honking, love song I’ve ever heard.

This pretty lady told me I could use a little makeup. 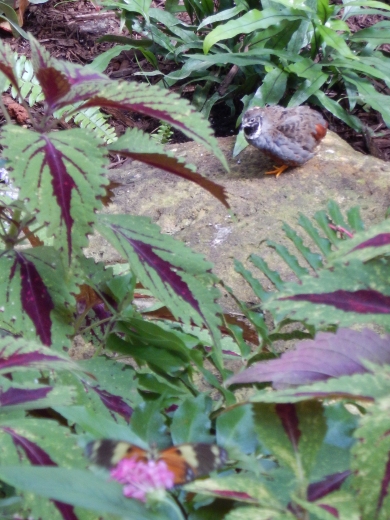 That St Patrick’s evening we enjoyed people watching, some music at the Green Parrot and awesome BBQ at Charlie Mac’s.  And we met some very entertaining Wisconsinites. 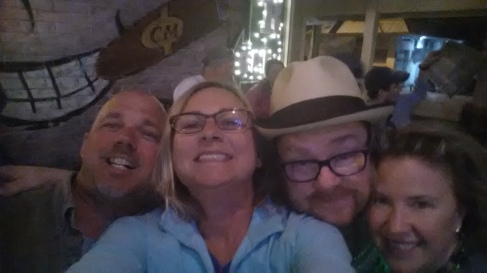