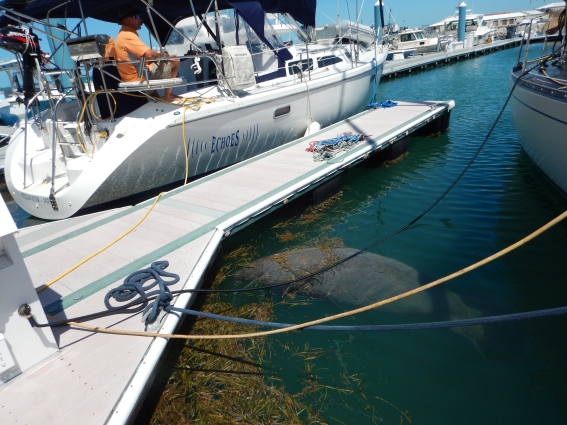 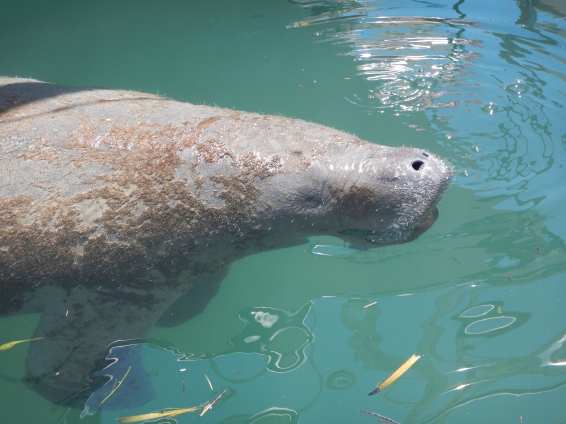 Our weather was looking good to leave the following day for the Marquesas, an anchorage part way to the Tortugas.  We spent the morning readying the boat with tons of provisions and all necessities.  The Cruising Guide says, “Do not plan a weekend trip to the Tortugas as weather may keep you there for a week or more.”  Our boat was stocked with plenty of sausage and we were ready to go.

By now we were in love with Key West and wanted to learn more about its history.  So we boarded a cheesy touring choo choo supplied with popcorn, pop and fudge.

The revelers were still reveling the day after St Patrick’s.  Some of them looked as green as their shirts.

What are a few of my favorite historical facts about Key West?  I’m so glad you asked.

Cayo Hueso (Spanish pronunciation: [ˈkaʝo ˈweso]) is the original Spanish name for Key West.  It means Island of Bones and was named so because the Calusa Indians buried their dead in shell mounds above land.  Key West was full of human bones.  The English mispronounced it and it became Key West.

Key West and the Dry Tortugas were held by the Union during Civil War time because of a Naval base located at Key West.  The rest of Florida receded and joined the Confederates.

Key West became the wealthiest city per capita of its time because of ship wrecks.   There is still only one safe way into the port.  Many ships ran aground or wrecked back when there were no navigational aids .  Key West Wrecking Captians evolved.  They would come to the aid of the sinking ships and negotiate half of the ships treasure in exchange for rescue.  When the Navy put in navigational aids the Wrecking Captains’ lively hood suffered.  So they went out, cut them down and discarded them.   The Navy replaced them.  The Wrecking Captains went out and switched the directional aids so that the ships went the wrong way and wrecked.  One of these Wrecking Captains bought the island of Key West.

We usually like to try new restaurants but we were so enraptured with some appetizers we had at Charlie Mac’s we went back for the BBQ extravaganza.

Then we decided to hit the boat early to rest up for the next day’s adventure.  We stopped to use the marina facilities which happened to be shared with the tiki bar associated with the marina and hotel.  My theme song of the trip, I actually downloaded it I sang it so much, is “Tired of Waiting” by the Kinks.  I am always waiting for John.  I don’t know what in the heck he does in the bathroom, or anywhere else for that matter, that takes him so long.  Maybe he is calculating how many tiles they used, I don’t know.   What I do know is that all of his buddies that he travels with are groaning and shaking their heads right now.  So as I was waiting some awesome live music was pulling at me like a magnet closer to the bar.  The sun had just set and the view over the gulf was that beautiful orangey purple and it pulled me even deeper into the bar.  In fact, the magnetic pull was so strong that by the time John came out of the place that was named after him I was sitting at the bar.  I said something I have probably never said before (cough cough), One more last one?

So we stayed until Tony Roberts was done with his set because he was really that good.  We made fast friends with his wife, Brandi, sitting next to us and the bartenders and the fishing captains and the local beer guy and a waitress and a local chiropractor.  Tony was just one of those people you walk away from and know you will never forget.  We shook our heads all the way back to the boat leaden down with free CDs.  Wow, we both remarked, We wish we oozed such generosity, openness and goodness.  What a beautiful, magnificent soul this singing, traveling surfer had.  Please do yourself a favor and check out his music: http://www.tonyrobertsmusic.com/

It really wasn’t that late at the end of the night.  We were in bed by 11:00 and ready for our next day’s blue water adventure.