It was a sublime sailing day for our sail from Cambridge Cay in the Exumas to Rock Sound, Eleuthera.  Captain Idon’twanttogonorth and I are slowly meandering our way back to the states.  We were  happy to be sailing with Soul Divers as neither of us had pictures of our boats under sail.  We threw up our sails, set up the fishing poles and enjoyed a long, picture perfect day.  I asked Captain Inhisglory if he could sail a little closer to Soul Divers so I could take a picture.  As we approached they began to slow down.  No, they’ve given up on trying to ditch us, it wasn’t that.

Look closely at Matt’s fishing pole.  He was wrestling with a fish.  It is difficult to catch large fish on a sailboat because you can’t just stop suddenly.   Also, sailboats aren’t designed to reel in or land fish easily.  It takes a bit of panache.  Sadie sprang into action, pulled in both sails and slowed the boat down.  Matt tied himself to the boat with a belt so he wouldn’t be pulled over.  We sailed on but watched the beginning of the catch.  Thirty five minutes later they landed a big Mahi.  Sadie named him Elmer because he looked like Elmer Fudd.   They guessed Elmer to be about four and a half feet and around thirty five pounds.

They filleted Elmer up once they were underway again.  Check out Sadie’s technique of rolling back the skin and ripping it off the meat.

The consumption of Elmer was rapturous.  Sadie made Mahi Ceviche to start with.  Ceviche is a process where the raw fish is “cooked” in the acid of fresh lime juice.  Then she added jalapeno, yellow pepper, red onion, avocado, seeded roma tomato, salt and pepper.   We ate it with corn chips. That was just the appetiser.  For dinner they grilled marinated mahi and served it with a cucumber/carrot salad and fried rice.  We ate like royalty and until we were about to burst. 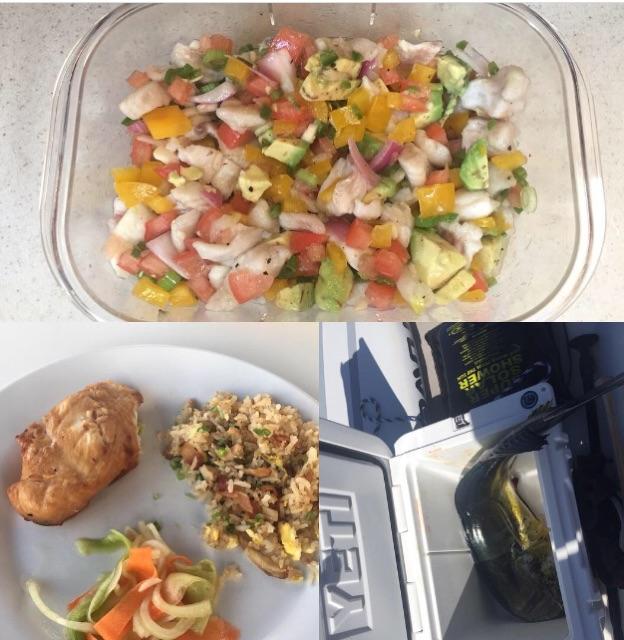 Although Elmer was clearly the highlight of Rock Sound, we also enjoyed checking out some caves.

There were lots of little bats and also a lot of mosquitoes in the caves.  The tree roots were fascinating. 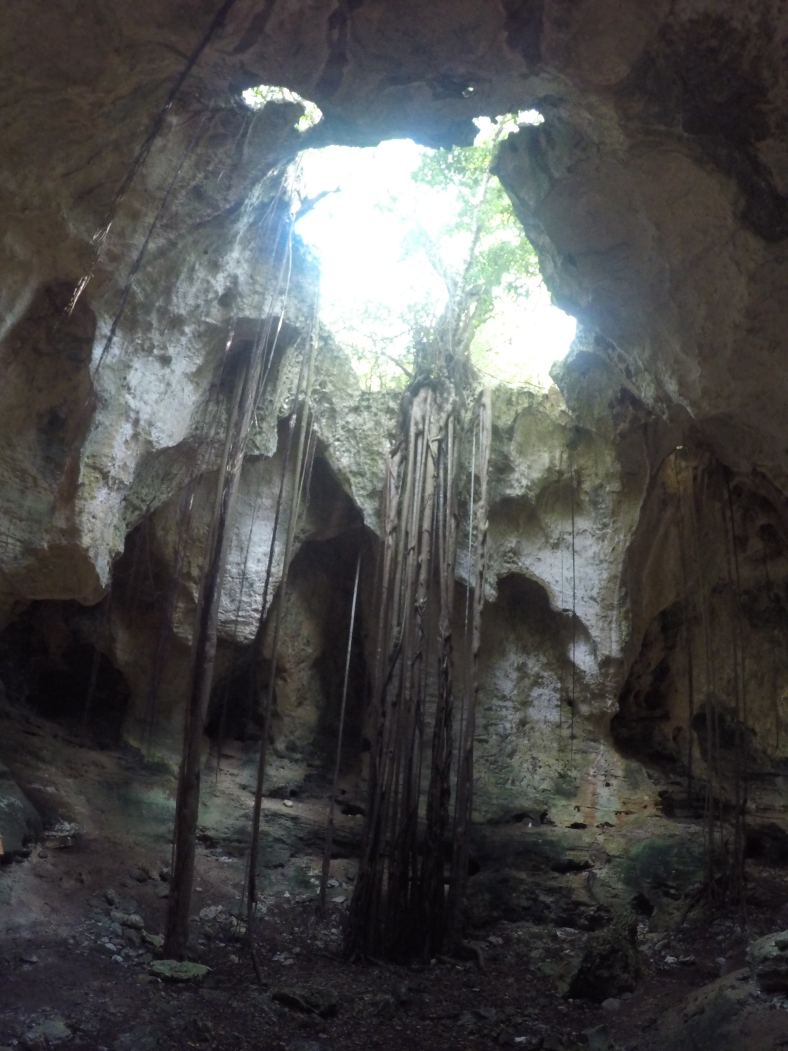 We hiked on a hot afternoon to the Ocean Hole.  Jacque Cousteau explored this mysterious ocean hole.

We cooled off in the ocean hole water which is rumored to have healing powers.  All hangovers magically disappeared!

Rock Sound is an excellent stop for provisioning so we stocked up at the best grocery store I’ve found in the Bahamas and also, liquor (WINE!!!  Oh happy, happy day!) and of course, Evon’s bakery that she sells at the hardware store.   I was happy to be back in Eleuthera! 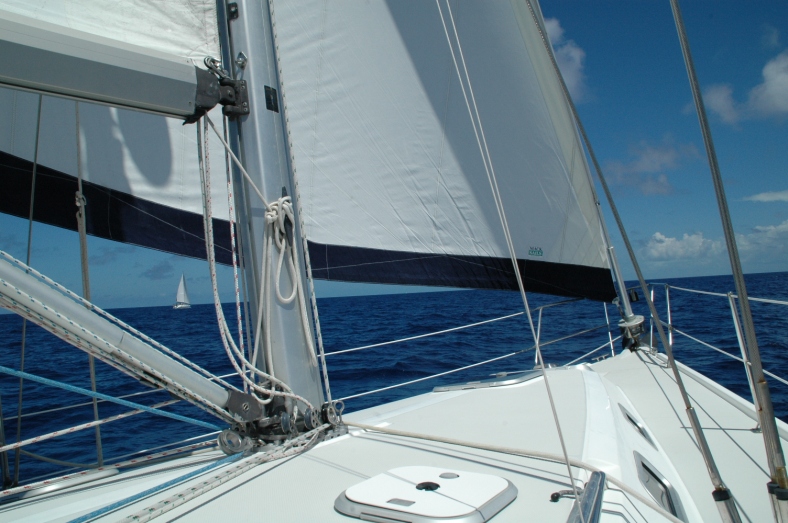 Soul Divers gaining on us