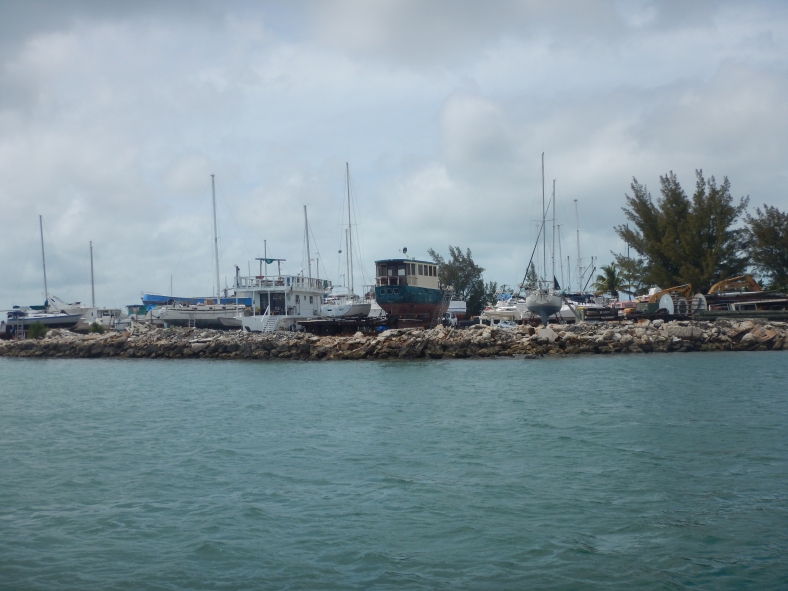 Stock Island is an island in transition.  It was named such because it used to hold all of the livestock that supplied Key West.  It is an industrial island but Key West is slowly expanding its way over.   As we pulled into the Marina we past this old boat yard where people were living in boats on the hard (on land).  The marinas here are mostly for commercial vessels.  But tourism is coming and there are sharp contrasts emerging.

Stock Island Marina itself is new.  The owner cleaned up an astronomical tonnage of debris from the marina and rebuilt it in an Eco friendly way.  It is a nice marina but he was also building a hotel sixty yards from our slip so all we heard were saws, hammers and the beeps of trucks backing up.  And it was the most expensive slip to date.  There was nothing to see on the island but we had been on the hook for seven nights and our whole wardrobe had fallen to swamp ass.  When you ride in Sea Alice you sit on the inflatable pontoons.  No matter the conditions, at least a little sea water splashes on your petite derriere, and sometimes on more of you, so that you walk around the rest of the day with swamp ass.  Salt water does not dry like regular water as the salt retains moisture.  Pretty soon all of your clothes stink.  This was a day of piles of laundry, boat cleaning and fixing things.

We met some fun and friendly people from Aberdeen who were thinking of becoming sailors.  To try it out they rented boats as rooms rather than hotels on their vacation.  The first boat they rented was on a mooring about a half mile off of key west.  The boat had no running water, full and rank heads and no dinghy to get them to land.  The weather had been rough so they spent three nights roly polying and holding their sphincters.  Now they were at this marina surrounded by construction, trailer parks and old boat yards.  We hope they don’t judge sailing by these standards and give the sailing life another chance.

We had been listening carefully to the weather and found that the heavy weather was staying another three days.  We decided to move to Key West.  Unfortunately, every other boater had the same idea.  We called every single marina starting at the cheapest and did not have any luck.  John came back from moving some laundry around for me and said, Cheer up, Cinderella!  We just got the last slip available at the last marina I called.  That meant we were going to an upscale marina.  The princess did a little happy dance. 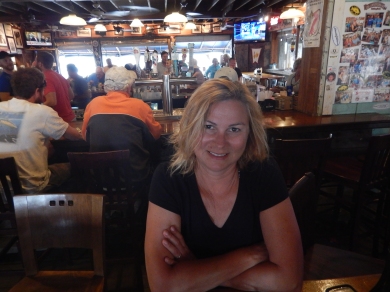