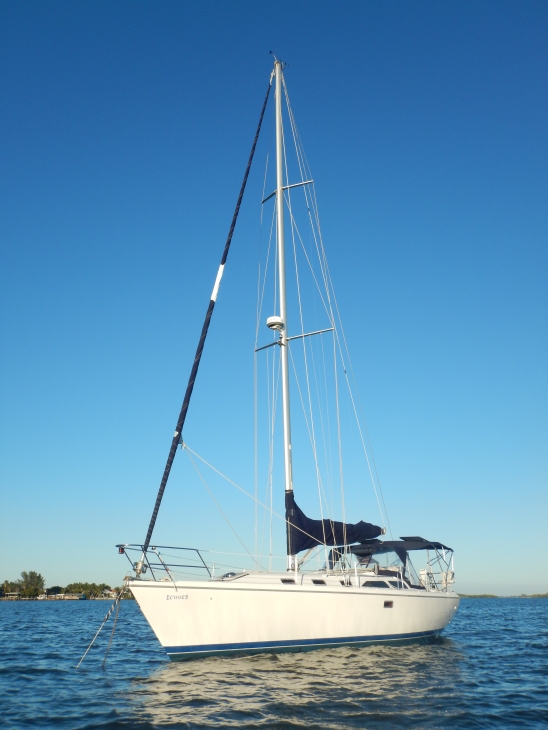 St James City was refreshing.   John summed it up well when he said, This is where NASCAR fans come when they retire.  We went gunkholing in this city of canals and loved all of the small, older homes.  There were nicely kept trailer homes with faded lawn ornaments of frogs fishing off their docks.  The homes had a certain sense of humor with Its Five O’clock Somewhere signs and bright colors.  Waterfront is expensive and we have seen plenty of McMansions along the way so it was good to be with real people.  It felt like the Florida of twenty years ago. 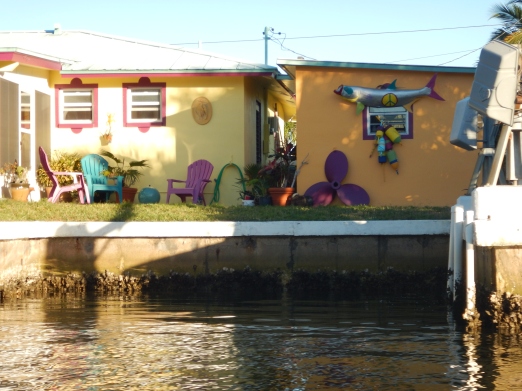 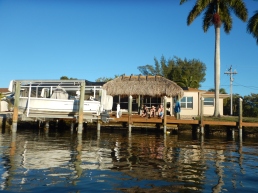 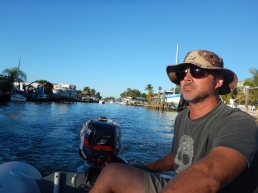 We had dinner at Waterfront restaurant on a picnic table next to an older couple from North Carolina.  He used to own an ASA sailing school and had done plenty of cruising.  He told us, First, you sail.  When you get too old for that you get a troller (a live aboard boat with no sails.)  When you get too old for that you get an RV.  They were at the RV stage.  His wife had the funniest croaking voice.  Now, I’m not one to talk.  John and I were in Leadville, Colorado on a motorcycle trip and were talking to a German man touring the states on a motorcycle.  I said something to him and he stopped, cocked his head to one side and said in a sing songy, nasal, awful voice, Nee nee nee nee nee nee nee.  He imitated my vocal tonality quite well.  John busted a gut he laughed so hard.   Ever since, when I nag John he nee nee nees me.  This woman has me beat.  She spoke as if she was bearing down with all of her might at the same time as talking.  And she whined…I don’t know why they have to bread everything.  Indeed, they did.  I got crab cakes, sweet potato fries and corn on the cob.  All were coated in a heavy breading and deep fried to a cardboard finish.  Not a culinary moment.  Now John and I imitate her voice whenever we complain about anything. 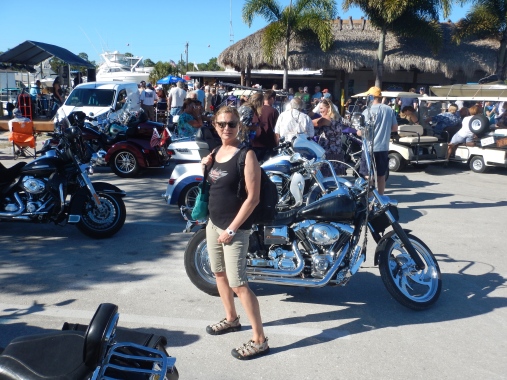 We listened to some blues at the Ragged Ass Saloon where the bartendresse, Nancy, keeps a bat with her name on it hanging on the wall.  When anyone pushes her buttons she just points to it. 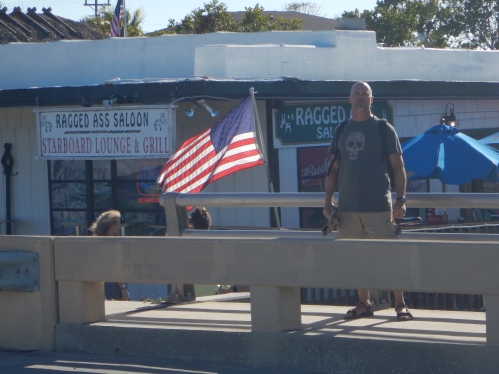 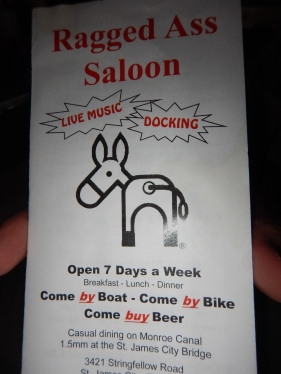 Next, we head to Marco to tuck in and repair things.

One thought on “St James City”