I spy with my little eye three dolphins up in the sky.

After stocking up in Venice we headed deeper into the Pine Islands for a more natural setting.  We anchored about  two or three miles off of the intracoastal in between mangrove islands all by ourselves. We were soon greeted by a manatee.  It was the first one we’ve seen out side of a marina.  Sorry, but he didn’t hang around to pose for a picture. However, I have 125 previous manatee nostril pictures if you’re interested.  We very quickly noticed we were anchored by another bird island. 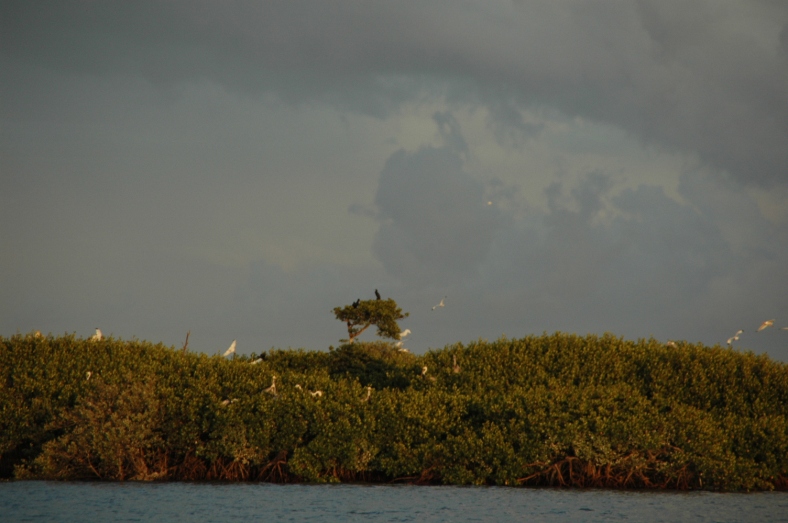 We spent three nights and two days mostly watching the birds and sky as it rained and rained and rained.  What do you do on a forty two foot boat in three days of cold rain?  Well, I write rambling blog posts and take pictures.  John fishes and fixes things.  He also likes to walk around with WD40, or dieletric and waterproof grease and squirt stuff.  I actually just went to find his favorite greasy stuff to see what it is called but he is currently using it. That man just loves to lubricate things.  I am also reading him a book, Miss Peregrine’s Home for Peculiar Children.  Some of it takes place in southern Florida.  I am a pretty good reader and can muster up some drama when the occasion calls for it; and sometimes when it doesn’t.

They all took shelter at the end of the mangrove.

A storm came and passed. 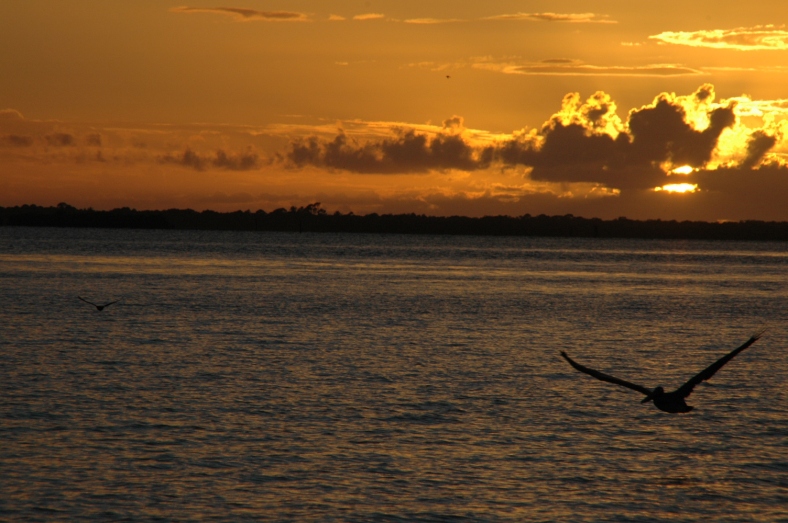 We were having a libation in the cockpit when over a thousand cormorants flew by us.  They flew low to the water and were heading to another bird island for the night.  They split the boat and flew around us.  All you could hear was the shshushshsh of their wings.  It was spectacular.  I Wish I got a picture.  Here is a lone cormorant. 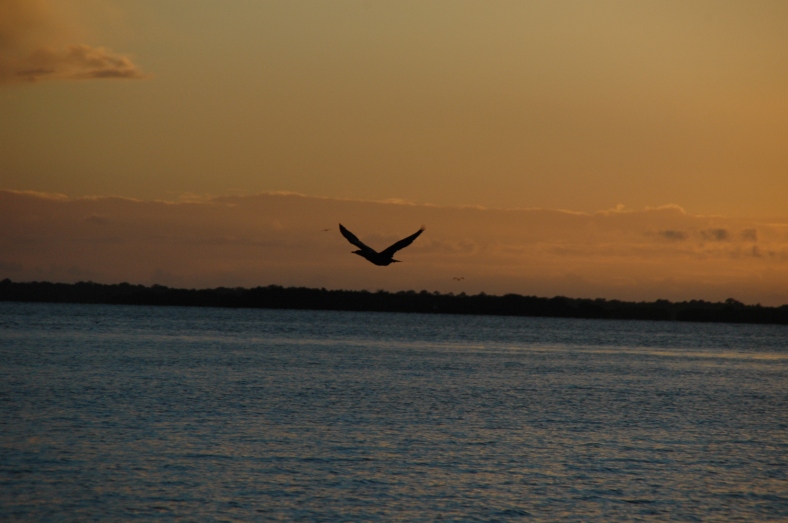 The next day we went exploring the mangroves in our dinghy, gunkholing, and did some fishless fishing during a rain break.  We worked on leaky ports (windows), read and watched the rain and sky. 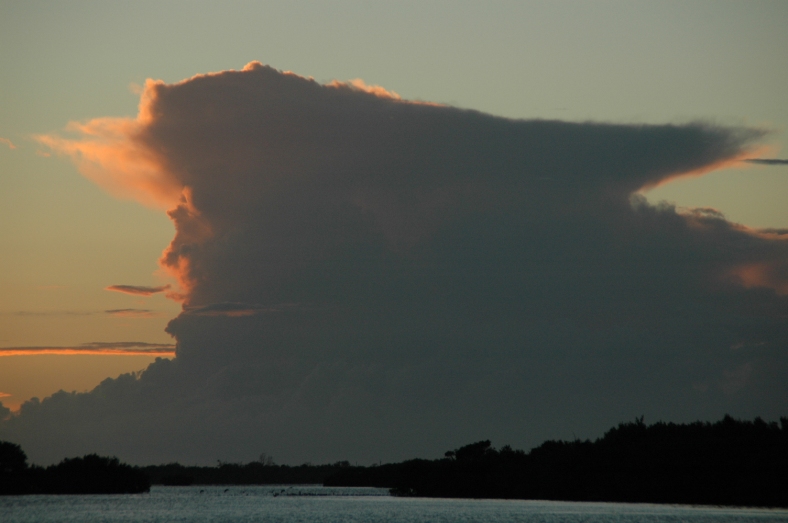