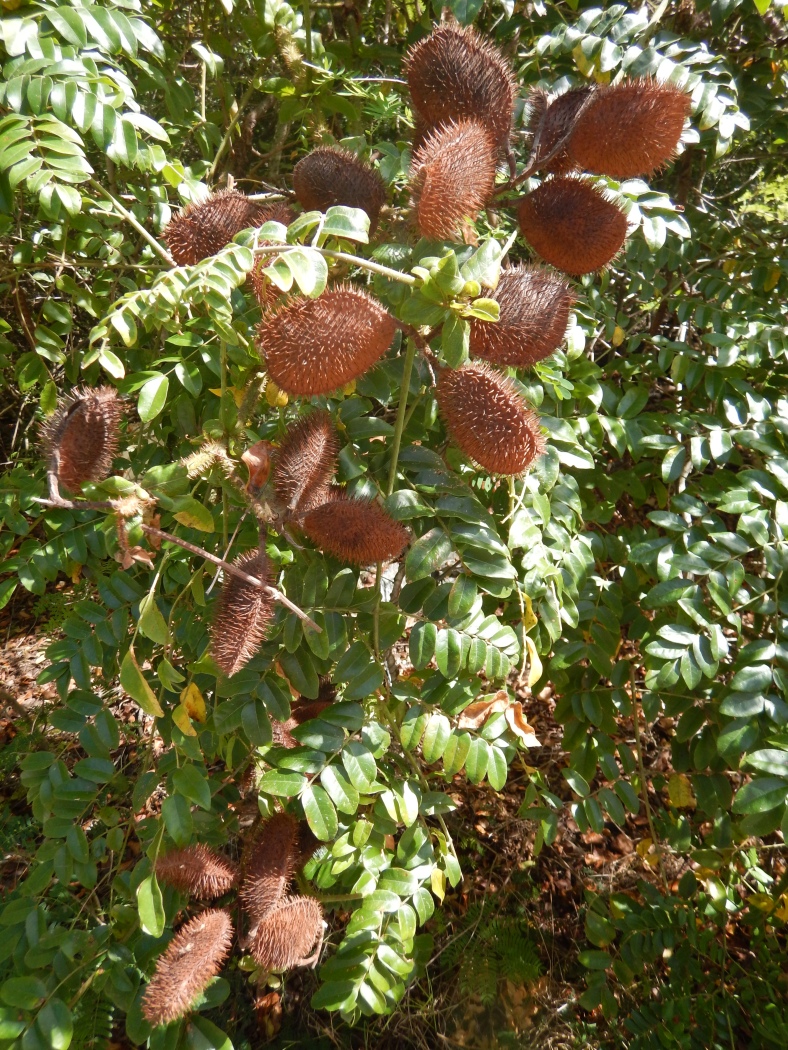 The winds were to blow a stink for several days, the highest we have encountered.  Fortunately, we were in the lee of Eleuthera, in the protection of the land, but we needed to find an extra safe anchorage and hunker down for a while.  We picked our destination some fifteen miles away and took off hoping to sail instead of motor.  The wind on our nose and bucking seas just belly laughed at us.  In fact, it was so raucous that we shortened our destination two times, or at least tried to.  It reminds me of my favorite quote from a book I am reading aloud to Captain Bedtimestorytime.  “If you want to make God laugh, tell him your plans.”

We decided to tuck into the safe harbor of Hatchet Bay but the entrance to the bay was a narrow and rocky seventy feet.   There was a freighter anchored out in front of it waiting for calmer seas.  The cruising guide strongly suggests you do not enter this cut in unsettled seas.  These seas weren’t just unsettled, they were downright disturbed.  But Captain Ilaughinthefaceofdangerhahaha said, Ah, we can make that.  So we circled it once to check it out.  A large kraken popped up and grinned at me.  We tried our first attempt.  Echoes spun on bouncing seas and couldn’t get her footing.  We circled again.  The kraken laughed and pointed his tentacled arms to the crashing waves, the jagged coral walls in the cut and the shoals you needed to avoid on the other side.  We made a second attempt.  The closer we got the less control we had.  The kraken licked his lips and made multiple fist pumps.  We abandoned that attempt and circled again.  We tried a third time from another angle.  Echoes’ stern skidded starboard with the cursing current.  The kraken howled with laughter.  I heard his belly rumble and saw the blood shot veins in his eyes.  We abandoned that attempt a lot later than I would have liked.  Captain Holyshit circled and asked me my take.  Get me the hell out of here, I replied ashen.  After a tiring day, we ended up in a safe and beautiful anchorage called Alabaster Bay.

We spent three nights in Alabaster Bay letting the winds and waves tire themselves out.  There were miles of desolate beach to get lost on.  My feet touched land after a long four days on the water and I walked until I had blisters.  I had not been feeling well as there was a fencing tournament going on in my gut.  I’m not sure if all the excitement had caught up to me, if it was dysentery or if I accidently swallowed a tiny kraken who was trying to punch his way out.  I longed for the toilets on Chub Cay and my big, stable bed at home.  But it was good to be in one place for a while and rest. 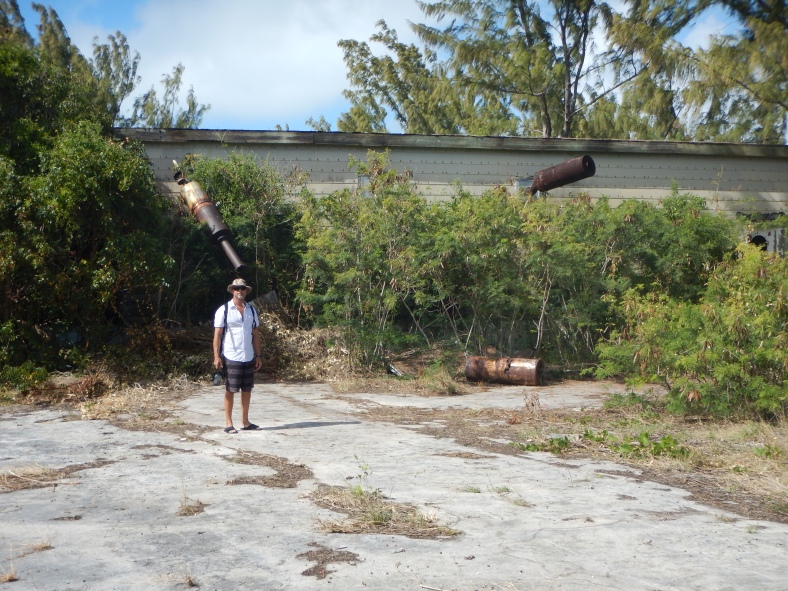 US Navy Experimental Facility    Someone shoot that thing!

We took a walk to the Atlantic side of the island where there were the ruins of an abandoned naval base used in the cold war.  It was a bazaar site to take in.  We got semi lost exploring the labyrinth of roads and dilapidated buildings.

The base was built in 1950 as a Sound Surveillance System

We snorkeled, swam, fished and slept.  Captian Catchingonandcatchingfish caught a Nassau grouper for a nice reprieve from yicky icky processed meat and canned veggies (which we will do without and never buy again.)  The grouper puked out newly eaten crab and Captain Recycle used them as bait.

After dinner we typically sit in the cockpit, listen to music and watch the stars.  One particular Alabaster night Captain Ginhead was in rare form.  He was playing Bob Marley’s “Jammin” but instead of singing “We’re Jammin” he sang instead, “I’m German,” complete with a German accent.  Captain Lederhosen is indeed very German as his mother’s maiden name is Neustedter and our last name is Braatz.  He was dancing around like you might picture an SS officer trying to imitate a Rastafarian.  He swung his bald head as if he had dreadlocks and moved his arms like he was a robot.  “I’m German.  I’m German.”  He staccato squatted up to me and bent down real close.  “And I hope you like Germans’, too,” he sang with the same mischievous smile that sunk me almost thirty three years ago. 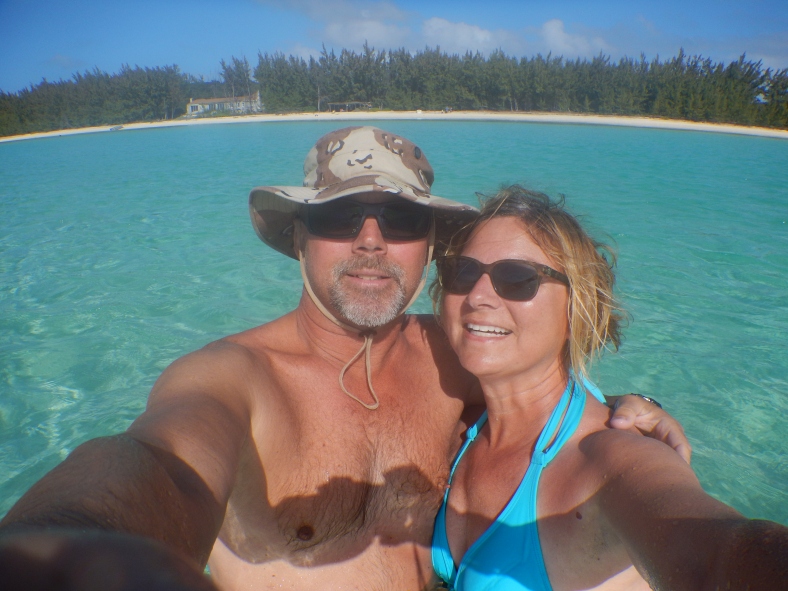