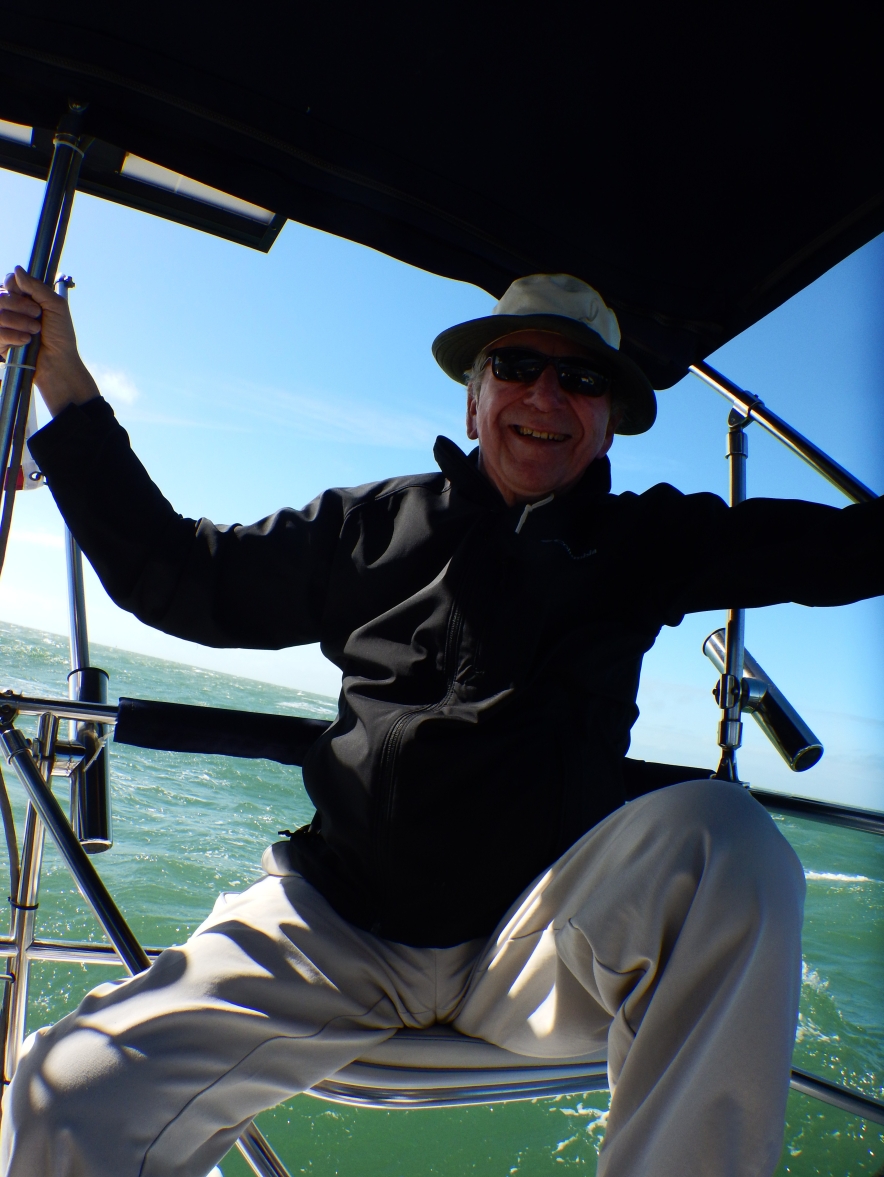 Robert Kelly, my dad, is a lover of sea and sails, a lover of people, a lover of life and a lover of, well, love.  Case in point, my girlfriends have been coming to Marco Island with me for over 15 years for a girls annual getaway.  They call him Dr Love.  Dad is an avid traveler and adventurer.  All through my brothers’ and my childhood dad and mom took us skiing on many a mountain, whitewater river rafting and wilderness camping down the Grand Canyon, fly fishing in the backcountry of Colorado and, most life changing for me, sailing in the Caribbean.  Dad is an encourager extraordinaire and a most enthusiastic follower of John’s and my sailing adventures.   Dad is eighty eight years young and a mature salty sailor. 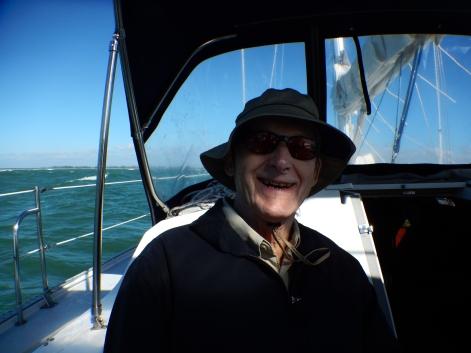 Dad has done most of his sailing with his boyhood friend from Chicago, Richard McClow.  Dick made a canoe from scratch in his youth and his love of water took hold of him from that point on.  Dick spent over ten years living on his sailboat and sailing around the world.  My dad would catch up with him in various parts of the world and jump on board.  My folks even sailed the Bahamas with Dick.  Dick and my dad crossed the Atlantic together at the age of seventy.  It took over three weeks at sea before they saw land.  On that passage they encountered fierce storms, foreign strangers who intended to come aboard their boat in the middle of the sea and engine failure.

After sailing around the world, Dick traded in his sailboat for a troller (engine powered boat) and he continued to travel the seas, often singlehandedly, until after 80 years old.  You can image what a wealth of knowledge he has and what a tremendous resource he continues to be for us.

Dick doesn’t spend as much time on boats now as he is traveling all over the United States in swimming competitions.  He took the US first place championship last year in his age group.  I believe Dick is eighty seven.  He is training with olympic experienced coaches to improve his technique and cut down his time.  His goal?  To break a world record in speed for swimming at age ninety. 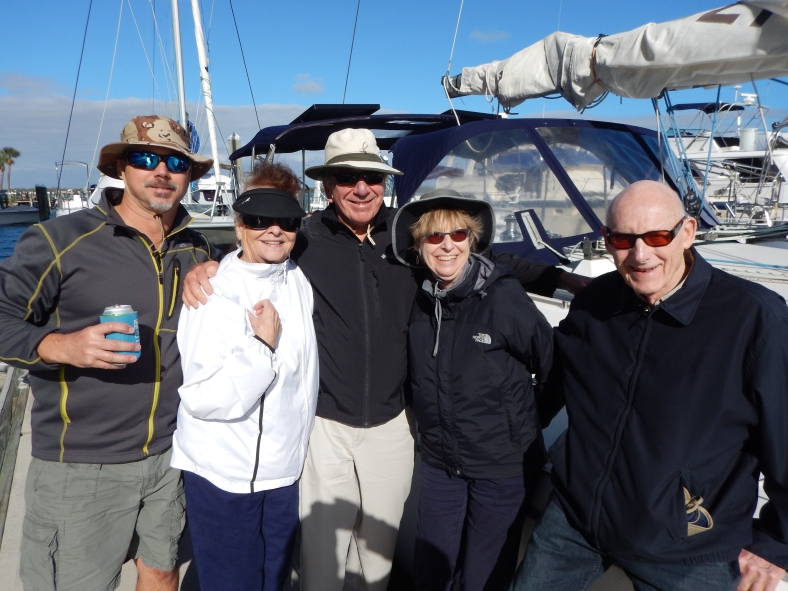 Dick and his lovely girlfriend Jill were visiting my folks just days before we departed.  We took the group out on Echoes.  We checked the weather and it seemed perfect for a day sail.  By the time we got out to the gulf the winds whipped up to over twenty knots and the seas were choppy.   We were unable to get the sails up because of the conditions but dad and Dick were grinning ear to ear.  My mom (and my best first mate, Kay) and Jill were excellent troopers and smiled through the wild bucking ride.  Just a bunch of seventy something to eighty eight year olds out in a small craft advisory for a joy ride.

Thank you, dad and Dick, for your example and your encouragement.  You are two extraordinary people and you are my heroes.  May fair winds and following seas always be yours… and a world record. 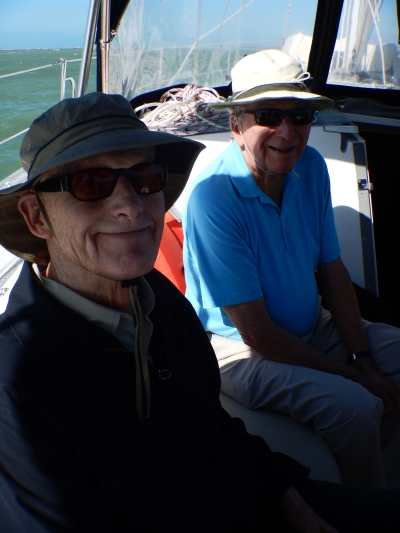