There is much lore about boat naming and renaming.  It is quite fascinating and has a lot to do with not pissing off or confusing Poseidon and Neptune.

The tradition goes back to the 1700’s.  Every vessel is recorded in the “Ledger of the Deep” by the sea gods themselves.  It is bad luck to rename a boat and mess with their ledger unless you let the gods know you are doing so in a very specific way.  A huge part of this god appeasing has to do with champagne.  Say no more!  We’re in!  This same tradition is why you see bottles of champagne broken on the bows of big ships on their maiden voyage.  There are incantations you say while releasing the old vessel name to the depths of the sea and recording the new name as you, brace yourself, pour of champagne into the sea to appease the gods.  It is duly noted that the gods aren’t stupid, do not take kindly to being duped and they do not like cheap champagne.

With the help of Candis’ parents we not only released the old names “Selah” and “Fresh Air II” and recorded the new name “Echoes” but we also appeased the four brother winds to request safe voyage. 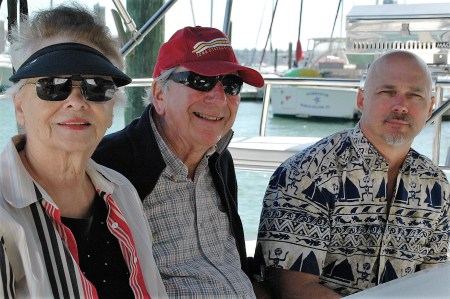 Oh mighty and great ruler of the seas and oceans, to whom all ships and we who venture upon your vast domain are required to pay homage, implore you in your graciousness to expunge for all time from your records and recollection the name “Selah” and “Fresh Air II” which have ceased to be an entity in your kingdom. As proof thereof, we submit this ingot bearing her name to be corrupted through your powers and forever be purged from the sea. (At this point, a metal name plate is dropped from the bow of the boat into the sea but since we didn’t have one we wrote the names on marine toilet paper.)

In grateful acknowledgment of your munificence and dispensation, we offer these libations to your majesty and your court.  East to West. 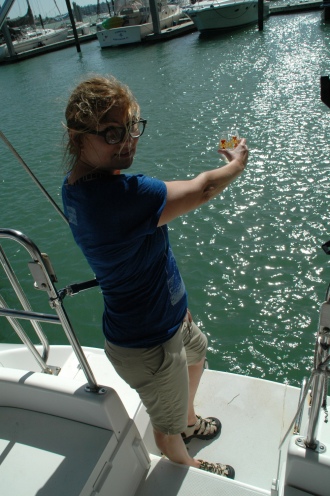 With similar words, but from West to East, we presented the gods the new name “Echoes” to be recorded in their ledger. 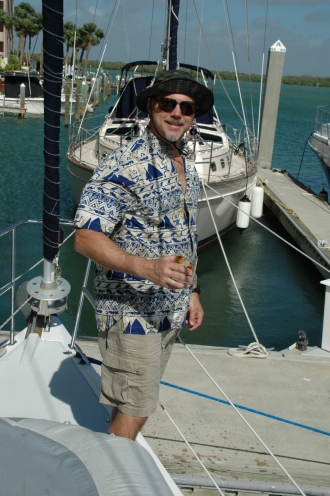 Finally, we asked the four brother winds for their blessing.

Oh mighty rulers of the winds, through whose power our frail vessels traverse the wild and faceless deep, we implore you to grant this worthy vessel “Echoes” the benefits and pleasures of your bounty, ensuring us of your gentle ministration according to our needs.

Great Boreas, exalted ruler of the North Wind, grant us permission to use your mighty powers in the pursuit of our lawful endeavors, ever sparing us the overwhelming scourge of your frigid breath.

Then we tossed champagne to Great Notus of the south sparing us his scalding breath, Great Zephyrus of the east his mighty breath and Great Eurus of the west his wild breath. 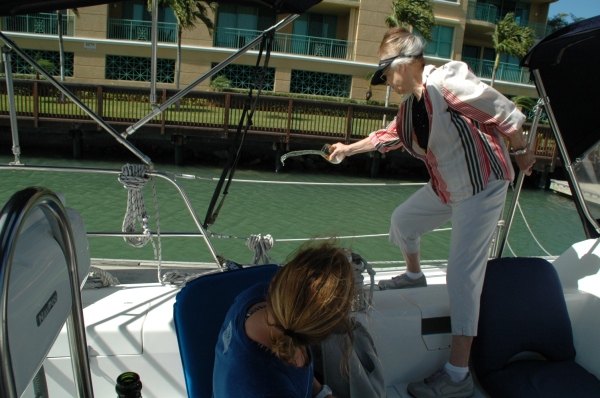 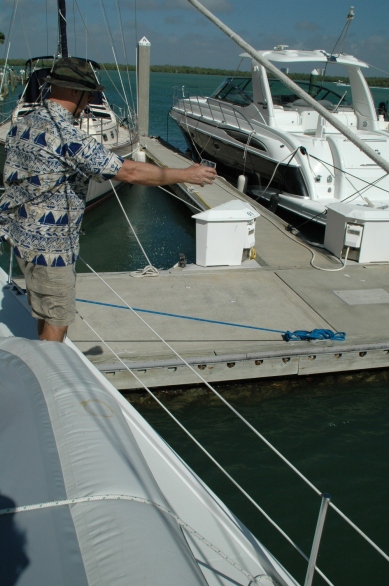 After appeasing the gods and the wind brothers the rest of the champagne was for us. 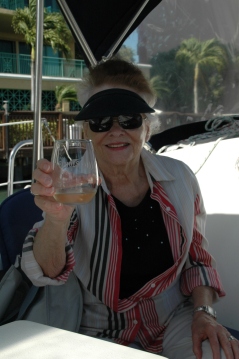 Jackson and Mary K gave us these wine and cocktail glasses with our logo Echoes etched in them.  We saved their christening for the christening.